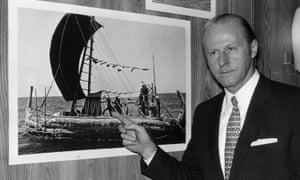 Norway has agreed to hand back thousands of artefacts removed from Easter Island by the explorer Thor Heyerdahl during his trans-Pacific raft expeditions in the 1950s.

An agreement was signed by representatives of Oslo’s Kon-Tiki Museum and officials of Chile’s culture ministry at a ceremony in Santiago as part of a state visit by Norway’s King Harald V and Queen Sonja.

The museum pieces include carved artefacts and human bones from the Rapa Nui, the first inhabitants of the remote Chilean island in the Pacific. 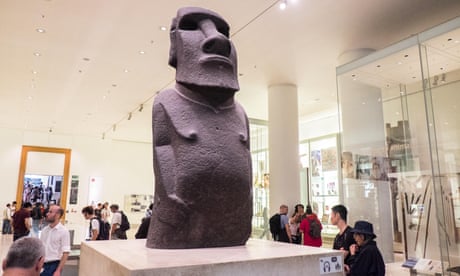 ‘Moai are family’: Easter Island people to head to London to request statue back

“Our common interest is that the objects are returned and, above all, delivered to a well-equipped museum,” said the museum’s director, Martin Biehl. He warned, however, that the repatriation process would take time.

Heyerdahl’s family said he had long wanted to return the pieces he collected in expeditions in the mid-1950s and mid-1980s, currently exhibited in the Oslo museum.

The signing ceremony was also attended by Thor Heyerdahl Jr, who accompanied his father on one of his expeditions to the island in 1955, when he was 17.

“The repatriation is a fulfilment of my father’s promise to the Rapa-Nui authorities, that the objects would be returned after they had been analysed and published,” he said.

Heyerdahl, an anthropologist and adventurer, became famous in 1947 when he and a crew of five crossed much of the Pacific on a reed raft, the Kon-Tiki.